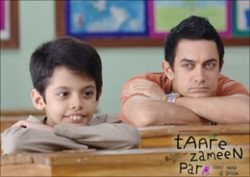 When Taare Zameen Par released, a movie about a 10-year old boy with dyslexia, more than a decade ago, it brought about a revolutionary change in the understanding of learning disorders in the Indian education system. Society, in general, was made aware of the problem that is dyslexia. Educational institutes acknowledged such children, which helped create a platform for specialized teacher training programs, giving concessions to children with learning difficulties. It also gave rise to inclusive schools, where children with special needs studied and interacted with other children in the same school premises. But as always tends to be the case, these changes were short-lived. According to 2013 statistics, there were roughly 35 million (8%) children diagnosed with dyslexia who were enrolled in mainstream education. But due to lack of infrastructure, resource teachers, and awareness among parents, proper intervention could not be achieved.

Dyslexia affects the area of the brain that processes language. A child with dyslexia exhibits severe reading issues, for example, the inability to recognise and name a particular letter (such a child will be confused between two similar looking letters like /f/ and /t/, or the classic /m/ and /w/ confusion), difficulty in sounding the letters, and breaking down words into letter sounds and letter combinations. Such children possess poor phonic knowledge and, as a result, have poor reading ability. Phonics is a method of reading and writing by developing an individual’s phonic awareness, i.e. the ability to hear, identify and manipulate sounds of letters/letter combinations. They also experience difficulties with spelling. Blending sounds to form a word is a major difficulty shown by such individuals. They are unable to blend letter sounds appropriately, which restricts them from reading a word correctly. There are some children who experience no problems in reading a particular set of words or sentences, but show difficulties in comprehending the words read. Such children also lack vocabulary skills and have poor memory, especially at a younger age. Children with dyslexia eventually avoid reading tasks and face serious difficulties in reading in groups or reading aloud in front of an audience.

A few more commonly associated symptoms with dyslexia are as follows: a child with dyslexia tends to have difficulty in visual-spatial reasoning, thus having a lot of difficulty in copying from a blackboard. This can be seen outside classrooms as well, where they have poor hand-eye coordination and fail to execute simple tasks. As a result, they do not do well in sports and other such games or extra-curricular activities. A child with dyslexia can sometimes fail to express their thoughts in proper words or meaningful sentences. They are unable to follow instructions well, and struggle more if given more than 2-3 commands at a time, since they are unable to comprehend the verbal instructions quickly. A child with dyslexia may also tend to have illegible handwriting, but that is not to be confused with dysgraphia.

It is not only important to understand the cognitive issues that occur due to dyslexia, but also the behavioural issues that come along with them. A child suffering from dyslexia is more often than not the centre of unwanted attention from his/her teachers and peer groups. Such children are more likely to be called out in class for incomplete work, are subject to bullying and teasing from classmates because ‘they read funny’ or are unable to read or spell even simple words that a child of their age is expected to do so. In such instances, the child either develops a dislike for any reading-related activities or exhibits behavioural changes such as disturbing the class, anger issues, or in most cases, becomes very reserved. Many researchers have identified internalized behaviours and depressive symptoms (Boetsch, Green and Pennington,1996). There has also been a close relationship found between dyslexia and conduct disorders (Carroll et al., 2005).