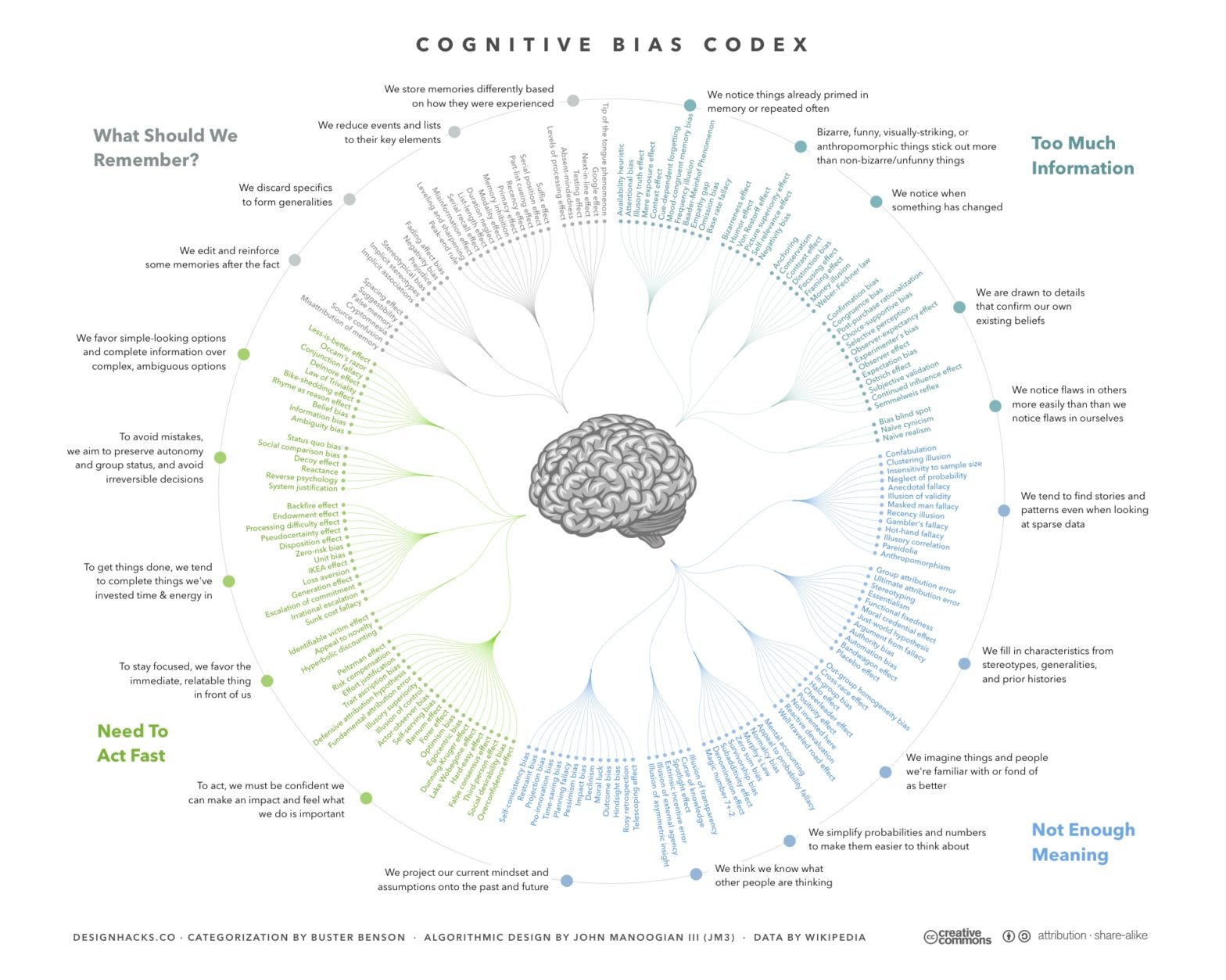 Biases are the biggest reasons why people lose money on the stock market, while gambling, or in business. They are the faithless soldiers of your mind and ease decision making by taking unnecessary leaps of faith. Biases cloud our minds and our judgements. There are numerous types of biases that exist. We start with the confirmatory bias.

An individual is said to fall prey to the use of confirmatory bias when they choose to not change their beliefs even in the face of contrary evidence. In other words, when we indulge in the usage of the confirmatory bias, we engage in believing only information that fits with our pre-existing beliefs. Further, we only acknowledge information that is consistent with our beliefs and ignores others that aren’t.

A classic example of this is the view that homosexuality is a disease. We know today that any type of sexual orientation is not a disease and there are numerous research studies to support this viewpoint.  However, individuals who hold this belief will continually claim that homosexuality is a disease, even in the face of these opposing evidence. To make matters worse, the confirmatory bias will push these individuals to excavate some morsel of information that is in line with their beliefs so that they can validate their claims.

The only way to avoid getting stuck with a confirmatory bias is to constantly question whatever belief you have and look for alternate sources of information. All evidence that you collect must be consistent as well as inconsistent with your held beliefs. This will allow you to move away from your own convictions and take greater care of opposing viewpoints in forming an opinion.

The other classic bias of thinking is known as the overconfidence bias. Here the individual is too sure, and overconfident about their decisions, knowledge base and opinions. I don’t think I need to go into an exhaustive explanation of how overconfidence looks. We have all come across enough number of people with such over-the-top convictions about themselves.

Some studies conducted on the overconfidence bias suggest that populations such as entrepreneurs and substance users have a greater tendency to positively overestimate the consequences of their judgements, their knowledge levels, and the value of their opinions. We have enough pieces of evidence to suggest that drug, alcohol and substance use can be dangerous to one’s health; physically and mentally. But if you smoke, drink, or indulge in substance use, you never think you’re going to get addicted, you think you can stop anytime, and you believe that you won’t suffer from cancer or any other major illnesses. But that simply isn’t true. The probability of you developing an addiction or illness is the same as anybody else. But that a difficult pill to swallow. Its easier to think of yourself as bigger than the substance even when you aren’t.

But possibly the worst way we trick ourselves is when we use the gambling fallacy. Here, we use an event that occurred in the past to justify present behaviour, even validate it. This is a sort of bias where a past event has no role to play on the probability of an occurrence, however, we believe that past events affect the present probability and therefore, it justifies our present behaviour.

This bias is aptly named as gambler’s fallacy because this pattern of thinking is clearly noticeable in gamblers. It is a common tendency to keep gambling even after winning a lot of money as the tendency is to “run your luck”. But nobody seems to understand that the probability of winning each round, or losing each round, in a Russian roulette is the same at the start and past results have no bearing on subsequent results. You would have noticed that people who win a lot of money in one round, instead of taking off with the money, they put back a chunk of that money, thinking ‘luck is on my side’ or that ‘it happened once, it may happen again’ and “I can win bigger in the next round”. But probability doesn’t work like that.

The only way to resolve any of these biases is to first understand that making any decision requires effort. Perhaps, it would serve you well to realize that taking an important decision requires even more effort. So the first step is to clam your monkey mind. If a solution seems easy, question it. Push the solution so that you find fault with it, and then re-work to get a better solution. This is obviously better said than done. The other important aspect that must be kept in mind is that this process requires the individual to take cognizance of every possible thread of information before arriving at a decision.

All of this is only possible if there’s time available. But if you are in a hurry then you are going to be dependent on biased thinking and that’s not necessarily a bad thing. However, caution must be taken of not being overly dependent on them. This sort of effortful processing is daunting and not possible for most day to day activities. But for big, important decisions, it’s better to be safe with the effort being taken, then to be sorry with saving some energy. The idea is to know how your mind functions and using that awareness to direct decision making.

Learn more in our Study Material Section on social and cognitive psychology.